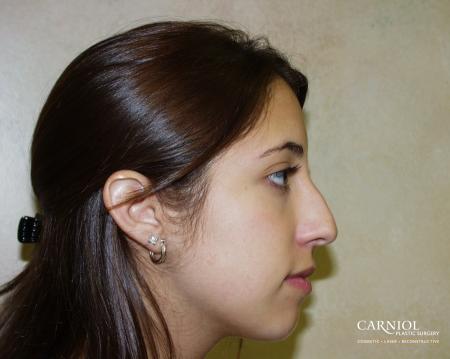 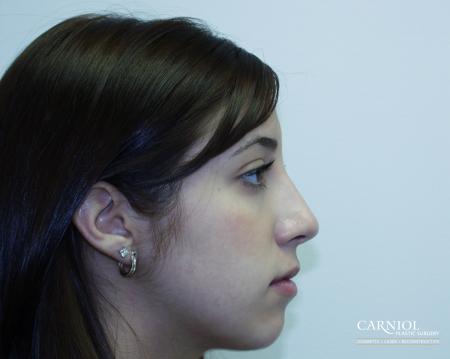 This young woman is in her early twenties. She was unhappy with the “bump in her nose.” She wanted an improvement in the appearance of her nose while maintaining a natural unoperated appearance. She is seen before and after a rhinoplasty. Her rhinoplasty procedure involved both reducing her nasal prominence and elevating her nasal tip to optimize her appearance.

View ThumbnailsAdd to Favorites
Powered by: